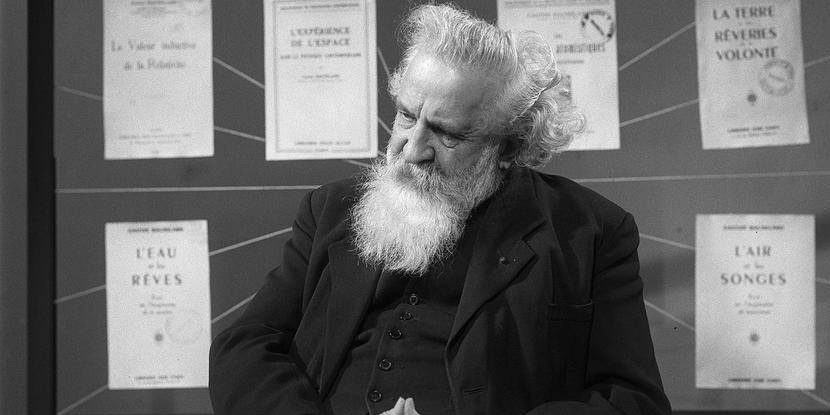 Gaston Bachelard was born on June 27, 1884, at Bar-sur-Aube, a small town in the Champagne Ardennes. In 1903, as a youth, Bachelard began working as a temporary clerk at a post office. Simultaneously, he began his studies as an autodidact and in 1924 earned a diploma in mathematical sciences, as well as a qualification as a second-degree professor of philosophy, becoming also professor of chemistry at the public college of Bar-sur-Aube. In 1927, Bachelard was designated as a doctor of letters at the Sorbonne in Paris. In 1930, Bachelard joined the Faculty of Letters’ academic community in Dijon, where he taught as a professor of philosophy for ten years. In 1940, he became a professor at the Sorbonne in history and philosophy of science, succeeding Abel Rey as the director of the Institute of the History of Science and Technology. In 1947, Bachelard founded the scientific journal Dialectica alongside Ferdinand Gonseth and Paul Bernays. On October 16, 1962, a year after winning the Grand Prix Nationale des Lettres, Bachelard died in Paris. He was buried at Bar-sur-Aube’s cemetery.

Bachelard’s aesthetic thought is characterized, on the one hand, by the relationship between the world of natural elements – the reality around us – and the world of images. On the other hand, his thought is composed of poetics images. Historically, Bachelard’s theories developed through various aesthetic and theoretical currents in French phenomenology and an early period of surrealism.

The logical-systemic organization of images (Wunenburger 2006) confirms their fundamental role in Bachelardian aesthetics: (1) they accord with natural elements, giving rise to the concept of material imagination, and (2) they underlie the world of poetics. Bachelard’s introduction of the material imaginationconcept in L’eau et les rêves: Essai sur l’imagination de la matière (1942) emblematized these aspects of his aesthetics. Indeed, Bachelard held that the imagination’s materiality corresponds to the production of images sparked by natural elements. The images of matter are always combined from a dialectical perspective: cold vs. hot, alive vs. dead, off vs. on, or wet vs. dry.